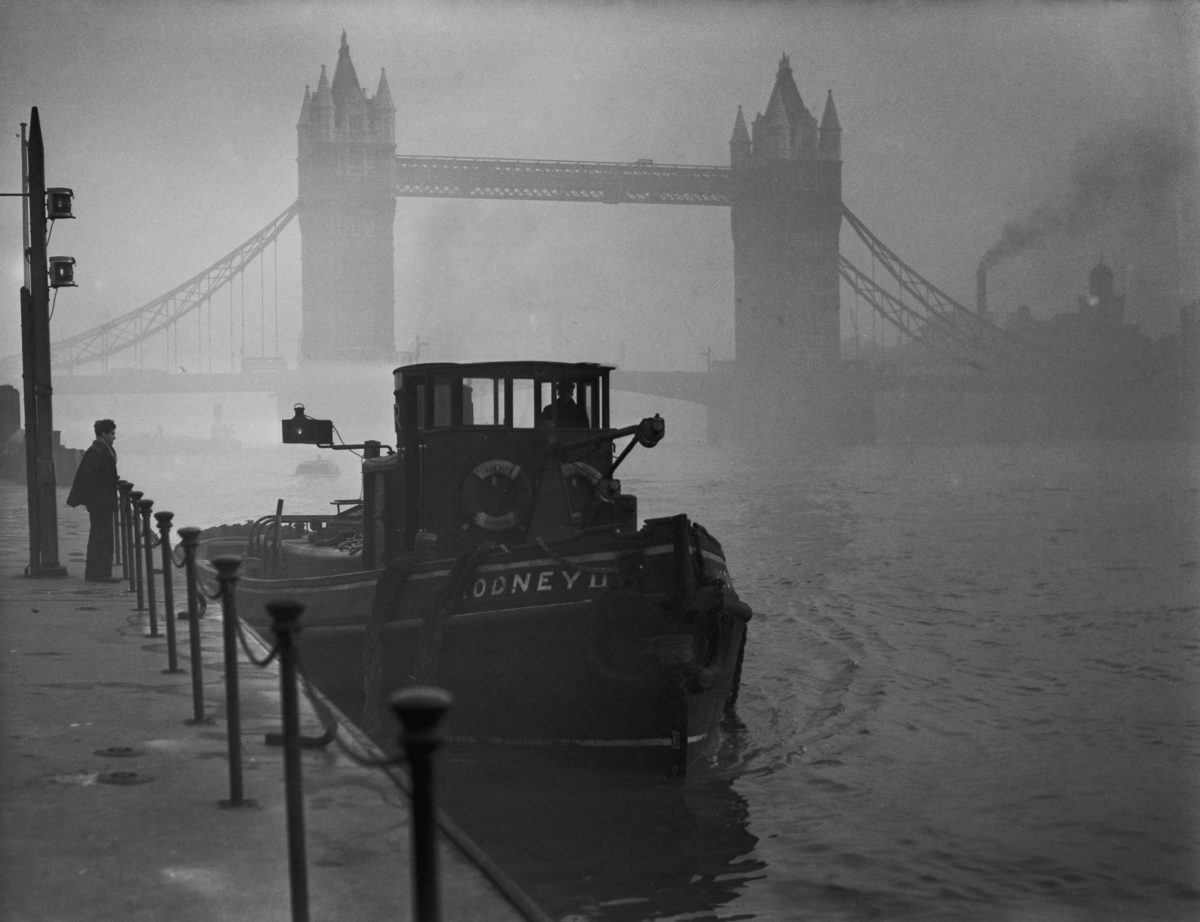 While London has suffered from poor air quality since the 13th century, the great smog of London is thought to be the worst air-pollution events in the history of the United kingdom.

On December 5, 1952, the great smog of London descended on the British Capital due to a combination of air pollution and weather conditions. The smog stayed for almost four days and the toxic air and lack of visibility brought the city to a near standstill and resulted in thousands of deaths.

While London has suffered from poor air quality since the 13th century, the great smog of London is thought to be the worst air-pollution events in the history of the United kingdom. The horrifying event made the health effects of air pollution clear to the government and public and as well led to some groundbreaking research and policies. Most notably it led to the Clean Air act of 1956.

“Consistency of a pea soup”

London’s air pollution problems have had a long history. The New York Times immortalized it when an 1871 article by the NYT refers to London as a place “where the population are periodically submerged in a fog of the consistency of peasoup".

This misnomer stuck and soon was used in tandem with “London fog” to describe the very thick and often yellowish, greenish or blackish fogcaused by air pollution that contains soot particulates and the poisonous gas sulphur dioxide in the city.

In December 1952 in the middle of a particularly chilly winter, when the "Great Smog" fell over the city, the effects were devastating. More than 4,000 people are thought to have died in the immediate aftermath, raising public concern, with fog so thick it stopped trains, cars,and public events. A further 8,000 died in following weeks and months.

Some historians believe that the killer smog was caused as the British government opted to export high quality coal and use the lower grade sulfurous coal for domestic consumption. Smoke from burning this coal in domestic fires to offset the particularly cold winter combined with greater London’s numerous coal-powered power stations, factories and vehicles to create a thick blanket of smog over the city.

The thick noxious smoke stayed over London for over four days due to the windless conditions and the city’s position in a river valley. Visibility in the city was reduced to a few meters. Public transport ground to a halt and schools and businesses closed.

Records show that 4000-12000 people died due to respiratory ailments after the fog even though the connection was made many months later. Even there, a report first blamed the deaths on an influenza epidemic. This report was later redacted.

It was apparent that pollution was a real and deadly problem, and the smog's effects were a notable milestone in the modern environmental movement. A committee appointed by the government and chaired by civil engineer Sir Hugh Beaver in 1954 stated that clean air was then as important as clean water had been in the mid-nineteenth century.

The resultant legislation called the Clean Air Act 1956 had multiple measures to reduce air pollution. It allowed the introduction of‘smoke control areas’ in towns and cities and shifting domestic heat towards cleaner coals, electricity, and gas.

By enforcing regulations on cleaner chimneys and fuel-free heating, the Clean Air Act was remarkable in establishing the role of the government in a climate emergency.

However the transition away from coal as the city’s primary heating source toward gas, oil and electricity took years, and during that time deadly fogs periodically occurred, such as one that killed about 750 people in 1962.

Bad Air & Children: Lessons From The Most Polluted City In The World

The Link Between Air Pollution And Covid-19