The Hottest Day On Earth And Why It Is Important 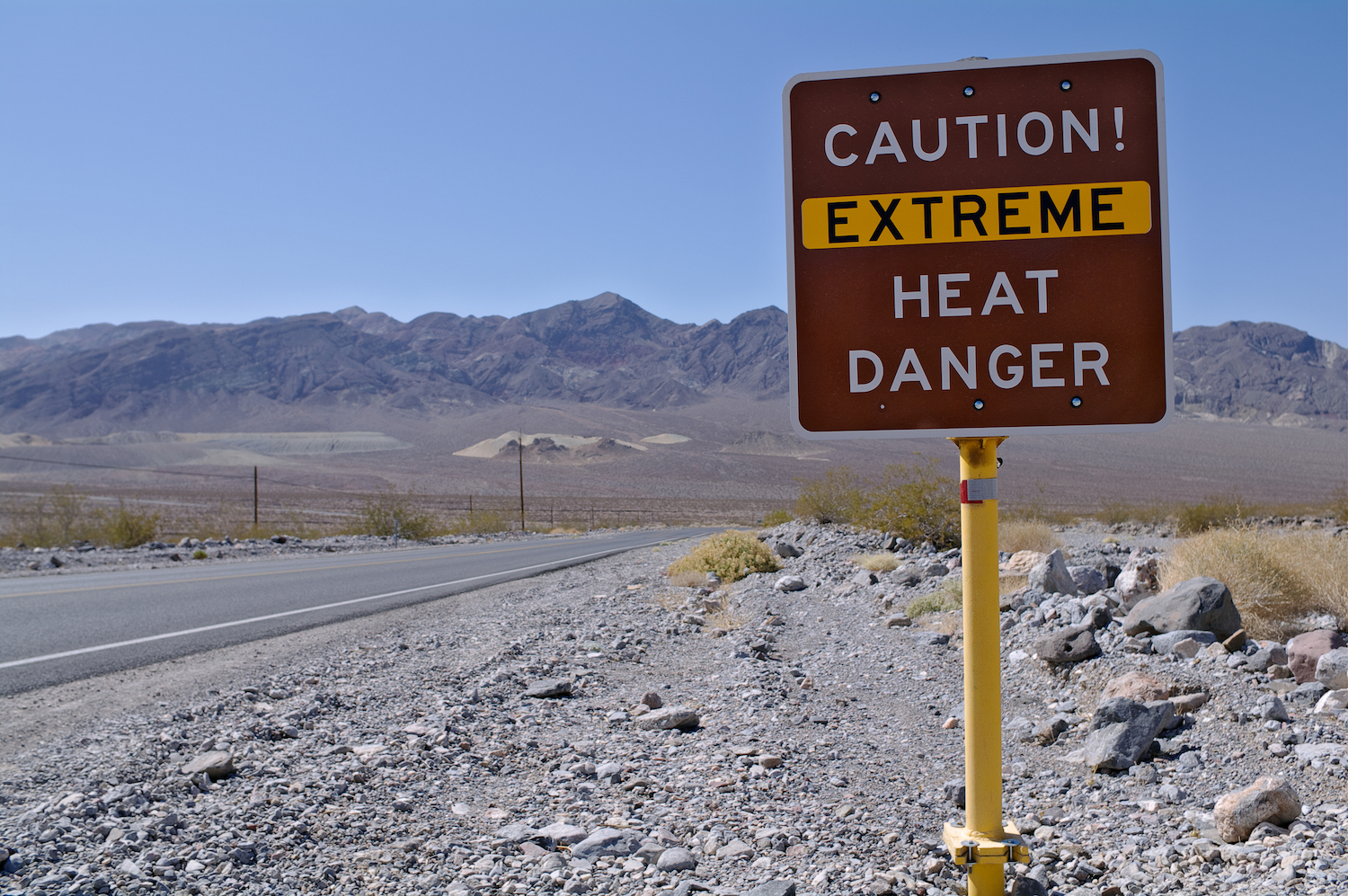 The Earth’s temperature has changed many times before. So why are our activities are making the earth hotter? Short answer: Our love for producing greenhouse gasses.

August 16 was a hot one in Death Valley, California. Temperatures spiked to a 54.4 C or 130 F degrees in the national park, as crowds of tourists took pictures with the park's thermometer.

While this is the hottest temperature ever reliably recorded in the last hundred years, climate scientists say that if our planet continues to heat up at its current pace, extreme temperatures may not be such a rare occurrence in the coming decade.

But before we get ahead of ourselves -- a little background.

The aptly named Furnace Creek, where this temperature was measured, sits 190 feet below sea level in the Mojave Desert of southeastern California and is one of the hottest places on Earth. In fact, during summers, people from all over the world come to Death Valley to experience the extreme heat and see for themselves how hot it can really get.

This novelty may not last too long though. Heat waves and extreme heat events are expected to become more frequent and intense as the Earth's climate warms.

In his address to the UN General Assembly in 2018, Secretary-General António Guterres quoted World Meteorological Organization data showing that the past two decades have included eighteen of the twenty warmest years since record-keeping began in 1850. Studies show that such a probability-bending pattern would have been highly unlikely without human‐induced climate change.

But the Earth’s temperature has changed many times before in its long history. So how do we know that our activities are making the earth hotter? Short answer: Our love for producing greenhouse gasses.

Back in 1958, a young scientist named David Keeling started measuring atmospheric carbon dioxide regularly from a base in Mauna Loa Observatory, Hawai.

To put the current figure in perspective, the Earth has not seen such a buildup of CO2 in almost 800,000 years!

Greenhouse gasses such as carbon dioxide, methane and even water vapor, trap the Sun’s energy in the atmosphere. This helps keep a perfect balance of temperature on Earth, allowing our planet to sustain such a wide variety of flora and fauna. Greenhouse gases are like a blanket covering the Earth, keeping it toasty.

Since the 1770s, humans started to industrialize. Soon we started with burning coal, and then oil to make electricity, move our cars and planes and power our massive factories and feed our rapidly exploding population. All these things released a lot more greenhouse gasses, primarily carbon dioxide. CO2 accounts for more than 80 percent of all human emissions. Remember the blanket around the Earth? It was getting a lot thicker.

Many who feel like every year is turning into a never-ending summer are not much off the mark. Temperatures touched a tropical 38 C in Siberia in July, On February 6, 2020, hottest temperature was recorded for Antarctica, with thermometers at the Esperanza Base on the northern tip reached 18.3°C (64.9°F)—around the same temperature as Los Angeles that day. The warm spell caused widespread melting on nearby glaciers.

In California, the heat has intensified a breakout of fires in recent days, while the last major ice shelf in Canada has broken up. The bottom line is simple. Glaciers are melting, places are getting drier and hotter, storms are becoming more common and seas are rising. In all likelihood, the coming decade will be one of massive change for the human race. Either we reduce our dependence on fossil fuels or prepare for a never-seen-before shift in our way of living.