In the olden days, the Greeks believed that there were deities up in the sky. Residing in the impenetrable Mount Olympus, at such great heights that none could reach them. The deities watched them, observed, wrote their fates and even controlled the weather. Then, in around 500 BC, Thales of Miletus, one of the Seven Sages of Greece, had an awakening as he said to the people - the weather is not controlled by the deities. It changes naturally, and can be predicted. But his words fell on a thousand deaf ears.

To prove them wrong, Thales studied the weather and other conditions and soon realized that a huge olive harvest was expected. This was contrary to the public’s perception – who were preparing for a light harvest. He raised the money to put a deposit on the olive presses of Miletus and Chios, so that when the harvest is ready, he would be able to sell them out at a higher rate, bringing him considerable profit. The harvest really turned out to be bountiful as Thales predicted. Making immense profit by this, Thales answered those who questioned his claims of predicting the weather. His work would later lay the foundations for weather forecasting and Philosophy in general.

Centuries later in 1957, Sputnik I, a modern day equivalent of Thales, went up in the sky much farther and way beyond the fabled Mount Olympus. In the fifty years that followed, more than one hundred and fifty eyes watch us now, doing what deities of olden myths did -- observe. And it is through their divine eyes that we now know what we know:

Something is killing the planet and it's most probably us.

The Things That They See

Earth Observation data, or EO data, is vital for our understanding of the risk our planet is in because of changing climate. EO data apprised us of the glaring fact that the climate risks that we had expected in the coming decades are here sooner than we ever thought. They are unfolding right in front of our eyes.

The use of EO data by the financial sector started with counting cars in parking lots to predict sales. But the full potential of EO satellites is to monitor changes to land, air, and water from corporate activities in ways that slick sustainability reports cannot. This leads us, humans full of curiosity and concern, to build datasets for a wide range of ESG parameters, especially the environmental ones.

This is critical because while there is no shortage of headlines about companies' net-zero targets, or the launch of the latest ESG mutual fund, investors and consumers have very little objective information at their disposal to do anything but take these claims at face value. We run the risk of heralding a new era of greenwashing unless new sources of data are harnessed, ones that are trustworthy rather than just believable.

The Stories That They Could Tell

Those eyes watching us from the sky up above, seeing everything, observing each and every minor change; imagine the stories they could narrate to us. Deployed effectively, EO data can address several fundamental shortcomings of current approaches to measuring ESG performance such as:

A Hindrance To Their Potency

Let's address the elephant in the room:

If there is so much potential, why is it scarcely being used for this purpose?

The following barriers to entry are the reason for this wasted potential:

The extent of application of the data provided by satellites is unbound, limited only by our imagination. Blue Sky Analytics is striving daily to deliver the full potential of EO data to the corporate sustainability and ESG sectors with a focus on:

This is why Blue Sky Analytics exists, to make sense of the near infinite data provided by the watchers above and to enable others to make sense of it too. So that more and more companies are encouraged to embed ESG in their company reports, and the data is transparent and available to the general people. True, the challenges are many, but as a Romanian proverb goes: A clear sky fears not the thunder.

Because unlike the ancient Greeks, we know that the changing climate and weather is not some divine intervention. It is us, making it deteriorate for the worse. The Thales of this millennium are floating up in the sky, giving silent screams of alarm every single second, and unless someone makes sense of it, it will fall on seven billion deaf ears; until it's too late to stop the inevitable. 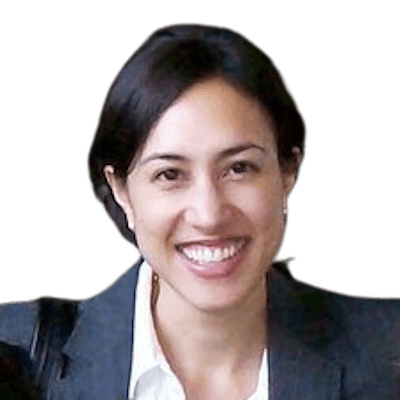