In 2015, the ‘100 Smart Cities Mission’ was launched by the Indian Government. Since then 99 cities across the breadth of the nation have been chosen as a part of this mission. Before delving into the state of Air Quality in these cities, let’s define what an Indian smart city is.

And that perhaps highlights one problem. On the official Smart Cities page, the question to ‘What is a Smart City?’ , has no answer. While the need to contextualize has been covered extensively - ‘A smart city would have a different connotation in India than, say, Europe' - the common tenets of an Indian smart city in India, could not have been more vague. ‘In the imagination of any city dweller in India, the picture of a smart city contains a wish list of infrastructure and services that describes his or her level of aspiration’.

Despite the loose definition, we can still pin down some hope. Each smart city has an environmental pillar dedicated to combating climate change and driving sustainable city growth. The Smart Cities Mission (SCM) is working on better waste management, greater adoption of E-vehicles, laying down cycling tracks, water recycling, rainwater harvesting, solar energy etc. They are also proving to be testing grounds for various IoT sensors for environmental monitoring. This seems to be in line with the textbook definition of ‘Smart City’- A smart city is an urban area that uses different types of electronic methods and sensors to collect data. Environmental Quality Monitoring(EQM) is a major focus for these cities, especially for air and water. The aim is to meet public health goals, lay out a groundwork for evolving cities and a concerted shift to data-driven policy making.

It is not a surprise, given the severity of the crisis in India, that a great amount of attention is on air pollution mitigation; with many real-time sensors being deployed in various cities. Bhubaneswar at present has 6 stations, while Rajkot and Pune are installing 50 stations each across their regions. Tier 2 cities like Gandhinagar, Varanasi, and Surat have also tendered IoT sensors for air quality monitoring.

Increasing the monitoring capacity, is a positive indication in terms of prioritization and intent. However, having more sensors alone will not solve the systemic problem of poor air quality in urban India. For one, collecting air quality data from ground sensors is capitally intensive and spatially limiting. Second, the agencies’ involvement is key in compilation of data which is lacking at present and lastly, there is a lack of openness in adopting scalable technologies, investing in good UI and providing AQ datasets through APIs.

Pune-based NGO Parisar has recently launched a study analysing AQ monitoring in 6 smart cities in Maharashtra. The paper observes that while many sensors have been deployed, there is a lack of clarity on how the datasets are being generated or used. The exercise seems to be more consultation driven, separated from the local body. This creates a disconnect and does not incorporate the perspective of the MC, which is more aware of the functioning of the locality. The guidelines issued by the National Clean Air Programme (NCAP) for the Smart Cities are again generic, and not contextualized for different demographics, geographies. Pune Smart City, for example is one of the leaders in AQ monitoring efforts, however due to the lack of convergence between SCM, IITs and Pune Municipal Corporation, the monitors are under utilized, not optimally located and there is no clear authority to verify the data.

To have cleaner air, it is important to acknowledge that poor air quality is systemic in nature. Given that, it is vital for the various stakeholders to create a collective framework, instead of disparate efforts by individual agencies. SCM are leading by example in putting air quality monitoring on the administrative agenda, however there is a poor synergy between NCAP and SCM, resulting in poor direction of resources and action.

Improving air quality datasets and making that accessible to the general public is another factor in enhancing the discourse, public advocacy and community behavior. Air Quality Data dissemination via APIs is essential in this regard as it allows for widespread inclusion of AQ datasets in research, e-devices, reports etc.

This leads to the final point of collaborating with tech-firms in the space. Combining AI, satellite data, cloud-computing, and design with the growing network of ground monitors could lead to improvements in analysis, predicting air quality, create an interface between decision makers and young developers, and and optimally use & distribute data and make Indian Smart Cities pioneers in advanced EQM.

Smart Cities are already working on better AQ data collection; having visibly clean air now depends on improved coordination between stakeholders, a well-defined direction, adoption of new-tech and engagement with the community.

If you would like to know more about how AQ data can be integrated into your solutions, you can get in touch with Tej. 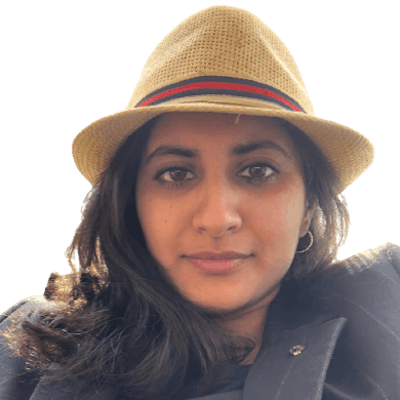