Addressing the devastating effects of climate change has become the most urgent need for governments and businesses today making the 26th Conference of Parties (COP26) "the most critical global climate change event in the decade of climate action".

COP26 is scheduled for 31 October - 12 November and will be hosted by the United Kingdom in Glasgow. It is pegged to be the most important COP since the historical Paris agreement was signed in 2015. Many people fear that if leaders don’t commit to bold steps now, the world will barrel toward dangerous levels of warming creating a lot of pressure on the negotiations to deliver meaningful commitments.

“I am more determined than ever to work for 2020 to be the year in which all countries commit to do what science tells us is necessary.” António Guterres, UN Secretary-General

COP26 is critical in the fight against climate change for multiple reasons:

Bringing our expertise to COP26

The world of climate action is still distraught with self-reported data, semi-greenwashing and navigating without hard, quantitative, actual, deliverable data is hard.

“If you can’t measure it, you can’t manage it”, María Fernanda Espinosa Garcés, President of the United Nations General Assembly

The solution to this problem is exactly what Blue Sky brings to the table by extracting near real-time environmental insights from satellite data and providing them via accessible APIs. We achieve this by ingesting TBs of satellite data, cleaning, organizing and parsing this data and then adding our proprietary data models on top of that.

We have also recently launched a ground-breaking dataset on GHG emissions from biomass fires - Zuri. This data for Zuri is highly granular, regularly updated and provides stark insights into the global emission trends.

For instance, Russia's total emissions for 2021 (till September) are higher than those of Brazil and the US combined. This can be attributed to 2021 widely being cited as the highest emissions year for fires in Russia.

A Yale and IIT alumnus and former Fulbright scholar, Abhilasha is a force of nature. She founded Blue Sky Analytics in 2018 with her brother Kshitij Purwar with the aim of building a catalogue of Environmental Datasets by leveraging Satellite data, AI and cloud.

Reach out to Abhilasha at Abhilasha@blueskyhq.in

A lawyer from the National Law University in Jodhpur, Yashika is essentially our in-house do-it-all. She handles strategy at Blue Sky Analytics.

Just like Abhilasha, Yashika too has been stung by the travelling bug and is found making the most of our remote setup by working from exotic locations.

Reach out to Yashika at Yashika@blueskyhq.in

Will you be at COP26 or around Glasgow? Would love to get to know you! 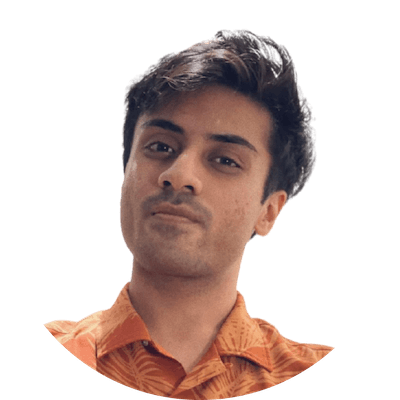