Bad Air & Children: Lessons From The Most Polluted City In The World 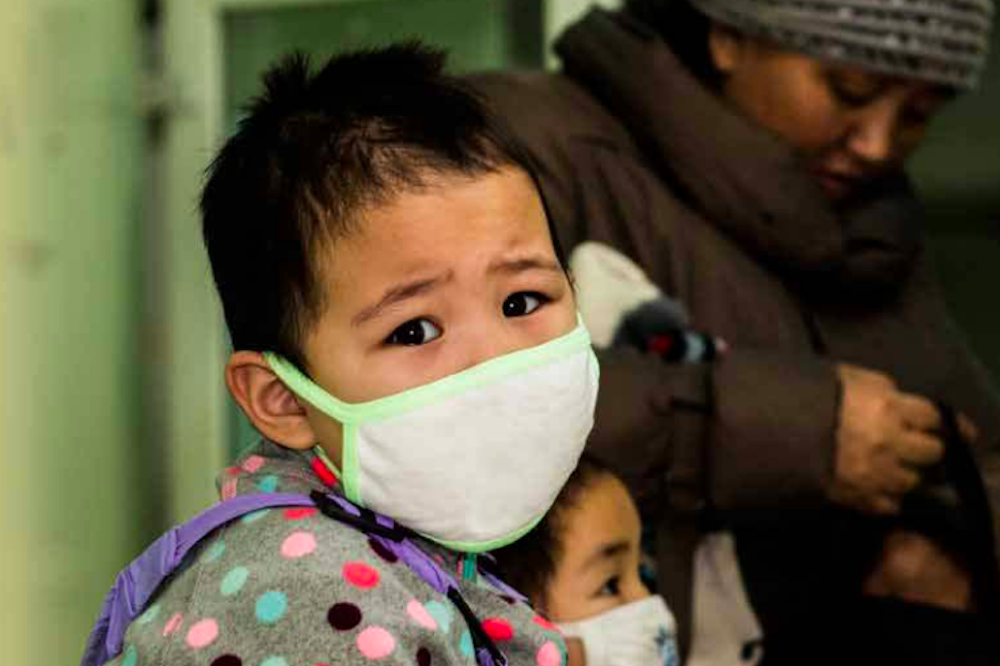 While UlaanBataar represents an extreme example, the problem of air pollution affecting children is now too common for comfort. According to the World Health Organization (WHO), more than 90% of the world’s 1.8 billion children are exposed to toxic air pollutants.

In 2019, Annabelle Timsit, a Quartz journalist with Asthma went to UlaanBataar, the capital of Mongolia, and the city infamous for having the most toxic air in the world. While researching the effects of bad air quality on children, she saw that an overwhelming number of children suffer from bronchitis, asthma and pneumonia.

Nestled in the heart of Asia, Mongolia conjures images of horizon bending grasslands, freezing winters and nomadic culture. In recent years it has become known for something else: some of the world’s worst air in the winter months.

The air in Ulaanbaatar fills with toxic particles that emanate from the unrefined coal burning inside people’s homes, causing a smog so thick that it becomes almost impossible to see. - Annabelle Timsit

In 2016, UlaanBataar overtook New Delhi and Beijing as the capital with the highest air pollution levels in the world. The city’s geography is one factor. Much like Beijing and London, it is built in and around a  river valley , while surrounding mountains trap smog in the city. The bigger cause though is the extreme cold.

In January 2018, a government-installed sensor reported a PM2.5 concentration of 3,320 parts per million (PPM) in parts of UlaanBataar. That’s 133 times the level the World Health Organization (WHO) deems safe!

Why is UlaanBataar so polluted?

UlaanBataar is also famous as the the world’s coldest capital. The average January low is 27.4 F below (-33C) but temperatures can dip beneath -40 F, the point at which Fahrenheit and Celsius scales meet! To survive the bitter cold, most families use coal, wood or dung to heat up their homes. While parts of UlaanBataar have modern buildings, about 60% of the city’s population live in nomadic circular yurts known as Gers.

“Gers are heated with traditional stoves which stand in the center of the structure and are connected to a chimney that passes up through the roof,” explains Dr Delgermaa Vanya, health and environment officer at the WHO Mongolia office. “These stoves can burn coal, wood, and dung, but during the winter, when temperatures can drop to −40 °C, coal is used because it burns longer than other fuels.”

Referred to as raw coal, the fuel burned is not washed or processed in any way and produces copious amounts of particulate matter as well as sulfur dioxide, carbon monoxide and nitrogen oxide. And this toxic cocktail of fine particulate matter, and other noxious fumes have affected children more than any other age group in the city.

The kids are not alright

While government records are hard to come by, UNICEF states that respiratory infections have increased at a rate of 270% over the last 10 years and children living in the city have a 40% lower lung function than those living in rural areas.

Children are the most vulnerable to air pollution as their bodies are still developing. Exposure to high concentrations of PM2.5 and PM 10 are not only bad for lung function but also stunt brain growth in children.

Bataa Chuluunbaatar, health specialist at UNICEF Mongolia says that children are particularly vulnerable to particulate matter as their bodies develop, and points to possible evidence that the finest particulate matter can pass through the placenta to an unborn child.

The problem is so bad that the government of Mongolia extended schools’ winter holidays in 2019 to encourage parents to keep their kids inside, and many families have sent their children out of the city to live with relatives in the countryside, Timsit reported.

While UlaanBataar represents an extreme example, the problem of air pollution affecting children is now too common for comfort. According to the World Health Organization (WHO), more than 90% of the world’s 1.8 billion children are exposed to toxic air pollutants.

When toddlers start growing rapidly their legs sometimes throb and ache. These are colloquially called growing pains . In the cities of the 21st century, as economic growth comes at the cost of poisoning the air and water, growing pains are beginning to represent something a lot grimmer.