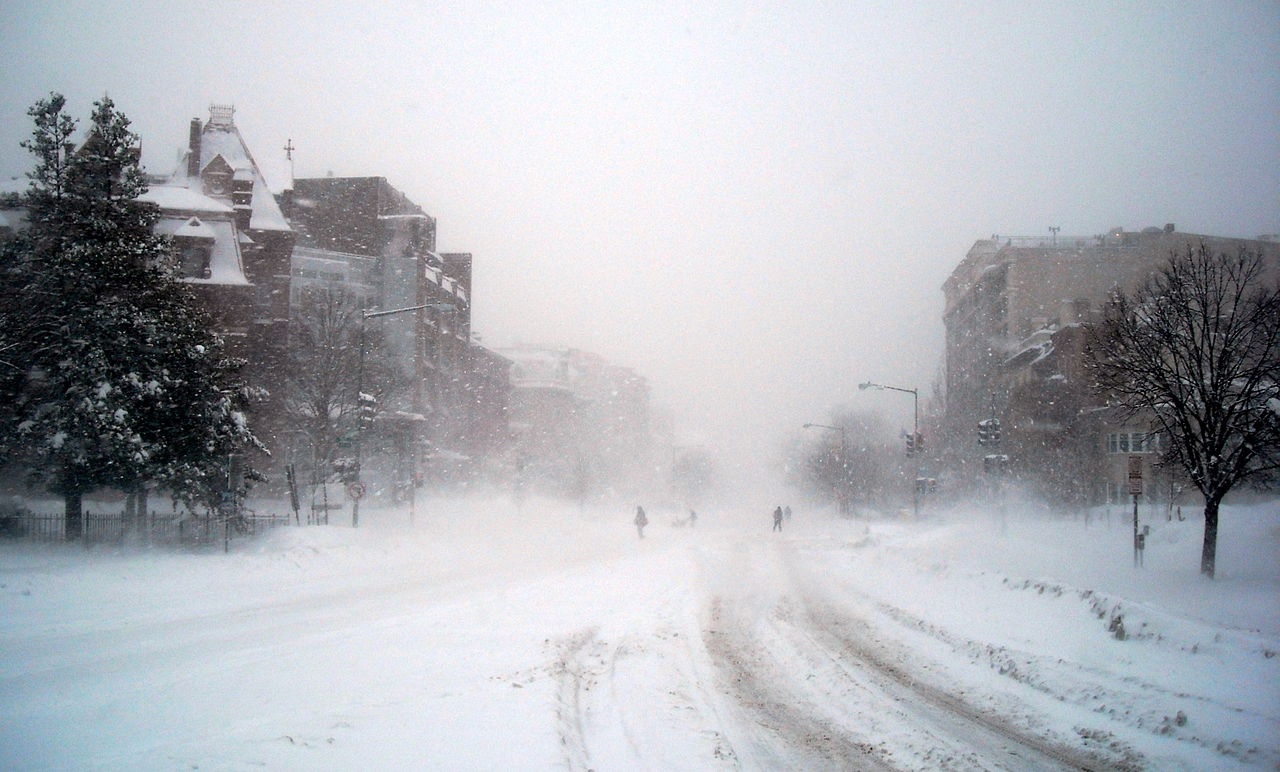 What do a seventeen year old disaster movie, and the current snowstorm in Texas have in common? And how does this fit into our present understanding and use of climate models?

In February, a big-budget disaster movie from 2004, 'The Day After Tomorrow' , directed by Roland Emmerich (who specializes in the disaster film genre and has given hits like Independence Day and 2012) was once again getting traction on social media. Scenes from the movie showing icy highways and frigid skyscrapers, were being compared to real-time conditions unfolding in Texas, United States. People were commenting of "unprecedented" conditions with many sharing photos and videos of large cities like Dallas and Austin, blanketed under a thick cover of snow.

But what does a seventeen year old movie, have to do with a snowstorm that affected 5 million residents in the lone star state? In both instances, a planetary level movement has been thrown out of sync. Although the movie has been criticized for showing inaccurate climate science, it's centered around the weakening of an oceanic current, the Atlantic Meridional Overturning Circulation (AMOC), that maintains normal weather conditions. Long story short, the AMOC stops and causes the weather to run amok (we know - we couldn't help it!) leading to death and destruction.

In the case of the snowstorm - a phenomenon called the Arctic amplification (AA) is to blame. Increasing temperatures in the Arctic region have also affected temperature trends over the middle latitude regions of the globe. With a warming of the North pole, the polar vortex (which keeps all the icy winds spinning tightly around the upper latitudes) has shifted downwards leading to snowstorms across Europe and the United States.

As the hyperlinked study above notes, this instance has not been covered by climate models, giving fodder to skeptics to deny the increasing impacts of climate change. However, the science has not changed - climate change will severely impact temperature regimes and would lead to extreme weather conditions that would burst pipes across many homes in Texas.

But let's not forget our friend, AMOC. Studies show, that the same current that led to the apocalypse in the movie, is in fact slowing down. Some scientists have warned that the AMOC could completely collapse leading to terrible winters. And apparently, existing climate models show a bias towards stable AMOC conditions. What this means is that, as real-time events unfold in contrary to what our models would have foretold, are climate models really the most effective way to predict Texas like conditions?

Cue the remote sensing revolution. The role of remote sensing has been rapidly growing over the years in understanding all dynamics of our complex climate. Data from remote sensing is robust and can be argued to be near real-time, providing striking imagery. Satellite data is also being used to validate and strengthen climate models. Where climate models fail, is the possibility of remote-sensing technology to step in. And this is also perhaps where accountability - or lack thereof - can be traced. Coalitions like Climate TRACE - which Blue Sky Analytics is a part of - is working towards monitoring greenhouse gas emissions. These could turn the tides on companies that have been suspected of greenwashing their emissions accounts for a long time.

For now, the technology needs to come a long way in predicting events like the Texas snowstorm. And larger planetary forces continue to shift...