I had never been to Kerala before.

But there I was, sweat running down my back, working on a presentation I had to give in the next 5 minutes.

On my right was a lagoon, with an empty rowboat. I wanted to simply jump in and paddle away.

Before I get into how I paddled off into the sunset, heroic and all, this blog is not supposed to be a ringing endorsement of the amazing retreats that Blue Sky does (although it was a damn good retreat! 🙂).

Imagine this - you are standing only a few feet away from the breaking tide, the living room (our AirBnB) bathed in a warm orange glow. You've been awake since 3 am for your Delhi to Kochi flight. There is a crystalline swimming pool - inviting you to sink your aching body into its cool embrace. You've just guzzled down a bellyful of Kerala style chicken curry and rice. Your body says sleep, but your mind is fully awake. You're standing on the aching balls of your feet, reporting on your to-do list at the team stand-up.

What I just described to you was in short, what the entire trip for me was like. A mixture of surprises and contradictions - factors that aligned perfectly to make the trip a ringing success, even with all the fabulous distractions that the lovely state of Kerala had to offer.

Packaged data for the next big tsunami

For a remote sensing company focused on mapping change, we couldn't have asked for a better start! A part of our retreat had us visit some tourist attractions like the Muziris palace in Chendamangalam. But these weren't just your standard visits - they were there to make a point. To make us more cognizant about the inevitable forces of climate change and time.

From a climate change perspective, Kerala is one of the most vulnerable states facing (but not limited to) rising temperatures, wildfires, polluted backwaters, forest fires and decreasing fish yields. With these increasing impacts, businesses and other communities within Kerala will eventually have to start future proofing their practices so that they continue to generate revenue.

Take the Muziris for example - when the team visited the Paliam Palace (the abode of the Paliath Achan (Prime Ministers) of then erstwhile royal family of Kochi), a highlight of the trip was the cultural heritage. A merging of Dutch and Keralite traditions, the spacious hallways of the palace were still quite sultry.

As an ancient port town, the Muziris enjoyed wealth and opulence. Its markets were filled with black gold (pepper), precious stones and elegant fabric. But a tsunami wiped it all out in 1341 and destroyed the city's markets. Had the technology existed back then, the influential merchant families may have taken decisions to future-proof the harbor. Having the knowledge of an impending disaster would also have given them the option of planning ahead.

The Muziris is a government supported project that pushes for heritage tourism - but what about other businesses that don't have similar support? Chugging down ice cold water in the palace courtyard, I wondered if conservation boards would ever be forced to shut down heritage sites like these? With adverse weather conditions posing a challenge to these heritage structures, how much more would the conservation boards be required to spend to keep these buildings standing?

With climate action becoming the new buzzword, those with decision-making power (governments, Fortune 500) will need to be conscious of sensible investments - the know how of where to park budgets and take planet-friendly decisions. Data on indicators like temperature, precipitation, fire hazards (and more) would need to be packaged into the right format. In a perfect world, as use cases evolve, more businesses would require remote sensing data. This would need to be provided at a resolution that reveals diminishing coast lines and shrinking natural reserves. This could also open up the discussion for insurance companies to protect these historic assets.

Four talks and a message to unite them all

For me, the activity that really helped bring the team closer, was the short presentations given by members of the marketing and platform team.

It wasn't just the act of sitting together in one place - although that was the first time I saw the team in that setup.

The talks were those few occasions where you had the coders, developers, ML experts, marketers, and management all sit together and walk through basic concepts on what the company was developing. Presentations that were meant to be for 15 minutes, stretched into hour long debates and discussions on what it is we were trying to achieve! There was a sense of care - my colleagues really wanted to know the details of what was being developed.

These discussions were essential because they helped talk out all the "stupid questions", nagging doubts, and fundamentals that everyone needed to ask to be on the same page.

In a remote setup, these have their own way of being dealt with generally through meetings. But the hands-on feel of sitting down and getting into the thick of details is missing.

Although the topics of the talks are confidential, an important takeaway is that it allowed for all of us to understand the need of setting up process oriented thinking and adopt this in our daily tasks. A challenge seen in a remote setup - where its equally good and bad to troubleshoot and figure out a problem. It's easy to rabbit-hole, i.e. to get lost in a never ending descent of figuring out problems for problems. Setting up a playbook/guide/toolkit for the person that comes after you ensures that these situations don't repeat themselves. I personally have written a few of these after joining Blue Sky - and am pleased with how they've been used.

A retreat within a retreat? I'll explain.

The company is still young, and we have many achievements to unlock and milestones to cover! But to do that you have to think and strategize. The focus of the managers' retreat was exactly this - think and talk through the milestones - in the coming weeks, months, and years!

One great things about the managers' retreat was the structure - we were open to start discussions and even brainstorm on topics that we weren't directly working on! This whole setup really allowed one to experiment and think along the lines of creating personal workflows. Finding others who are in a similar headspace as you, really helps in ironing out any doubts you have.

Of course it wasn't all work. But when it WAS work, it was more than just colleagues sitting together brooding over concepts. It felt bare and honest - it allowed for all of us to talk through what our fears, insecurities and hopes for the company were. Talk through our impostor syndromes, and days of ennui.

Through the hot afternoons, the managers confided in one another and voiced out what their version of BSA should be! Having the team of managers around was also loads of fun - they weren't just sounding board for ideas, but also the rudder of our conversations, quickly pulling us back on track if one of us got too starry-eyed. Most importantly, for me the equation never felt forced - it never felt like I was a CTO forcing a conversation in a hierarchy. Rather, I was speaking to the other more intelligent and highly charismatic individuals running the company. It felt like I was talking to comrades who equally cared to get this big bird (company) off the ground!

By the end of it, I felt drained, in a good way! Like I had just watched a really good movie, but was also a character in it! Arranging the trip, which is a whole different blog in itself, was challenging enough. But getting to know the team made it all worthwhile. After the trip, I feel emotionally and physically drained but in a good way - like I had just summited a peak. I really believe in this future-tech company that is ready to take on climate change head on!

As Howard Hughes would say - this is the way of the future! 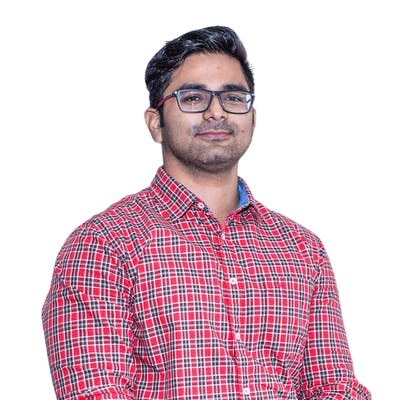